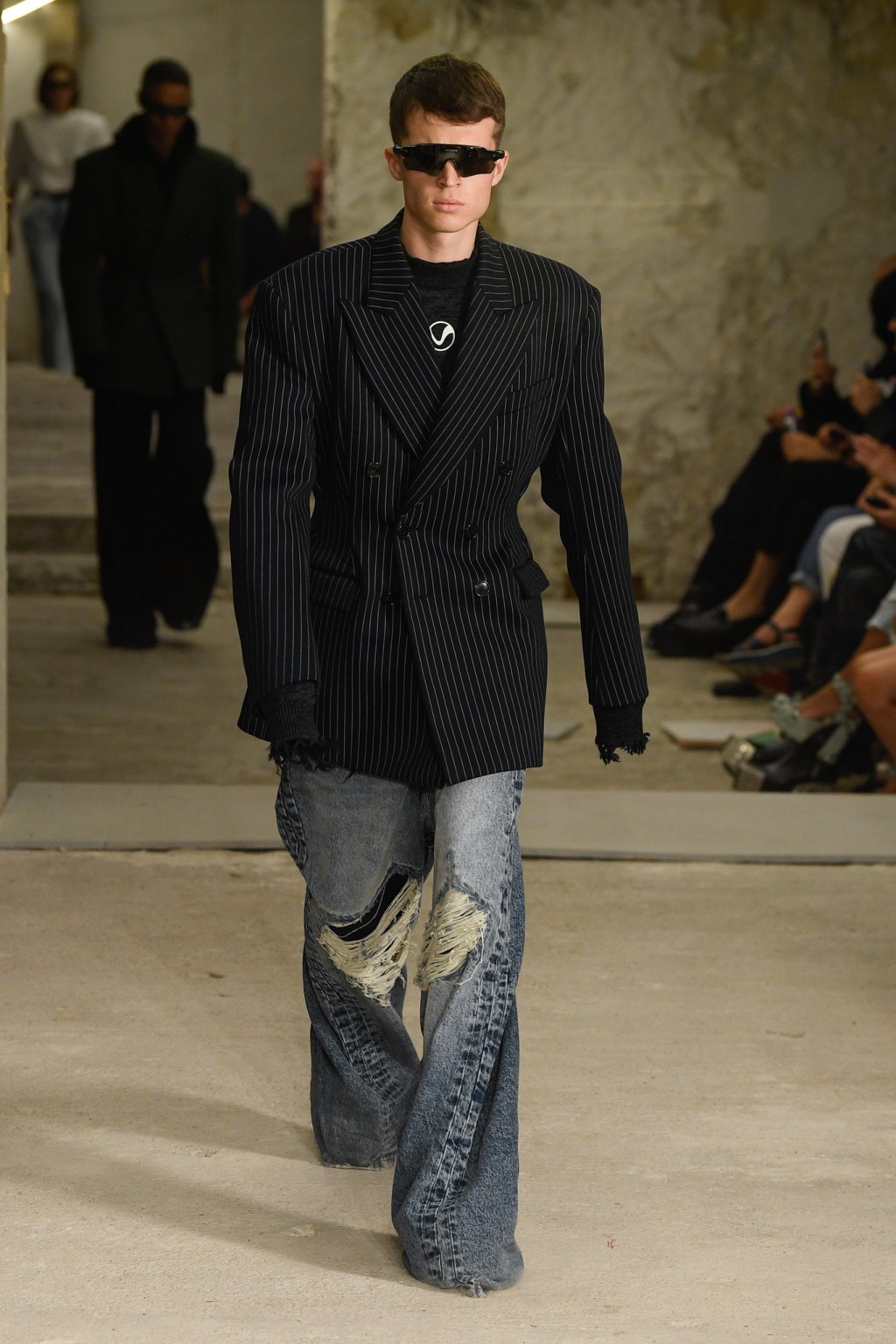 Guram Gvasalia was running on one hour’s sleep, but he talked up a storm backstage after the first IRL Vetements show since he took over as creative director.

After all, the spring collection was deeply autobiographical, from the fluffy shearling jackets that reminded him of a childhood teddy bear to the destroyed jeans and ragged black sweatshirts he longed to wear as a teenager.

Gvasalia surfaced painful memories, too: The huge capes resembled the blankets handed out at refugee camps when his family first fled the civil war in Georgia, and the trenchcoats and pants in a checkered weave referenced the cheap storage bags that he used in lieu of fabrics for early design experiments. Such bags were synonymous with the defunct French discount store Tati, now a hollowed-out construction site that Gvasalia chose as the venue for the show, prettying it up ever so slightly with strands of festive lights.

Donna Karan fired up the camera on her phone and filmed as the models stormed passed, kicking up dust.

The show throbbed with the underground energy for which Vetements is known: elephant-wide pants dragging under shoes; linebacker shoulders adding menace to extra long topcoats; T-shirts made edgy with shoulder pads, and wry slogans on sweatshirts, including “I’m not doing s–t today.”

Gvasalia widened his casting from scowling youths with ripped abs to a few funky seniors given spiky hairstyles. “I think all of us have this punk-y mood inside,” he shrugged. He also conscripted Ireland Baldwin as a wink to his childhood obsession with her mother Kim Basinger, and Baldwin’s cascading blonde locks contributed to the Malibu Barbie look he was after.

He opened the display with pinch-waisted jackets on men, and this show was weighted toward archetypal masculine garments, oversize peak lapels being a unifying detail. It was harder to discern a clear vision for the Vetements woman: here in a frilly slipdress; there in two hulking military parkas.

Her rebellious spirt was still intact though: Under a sheer, maribou-trimmed dressing gown, Gvaslia put a T-shirt declaring, “Stop Being Rich,” a thumb in the eye of corporate greed and wealth disparity.