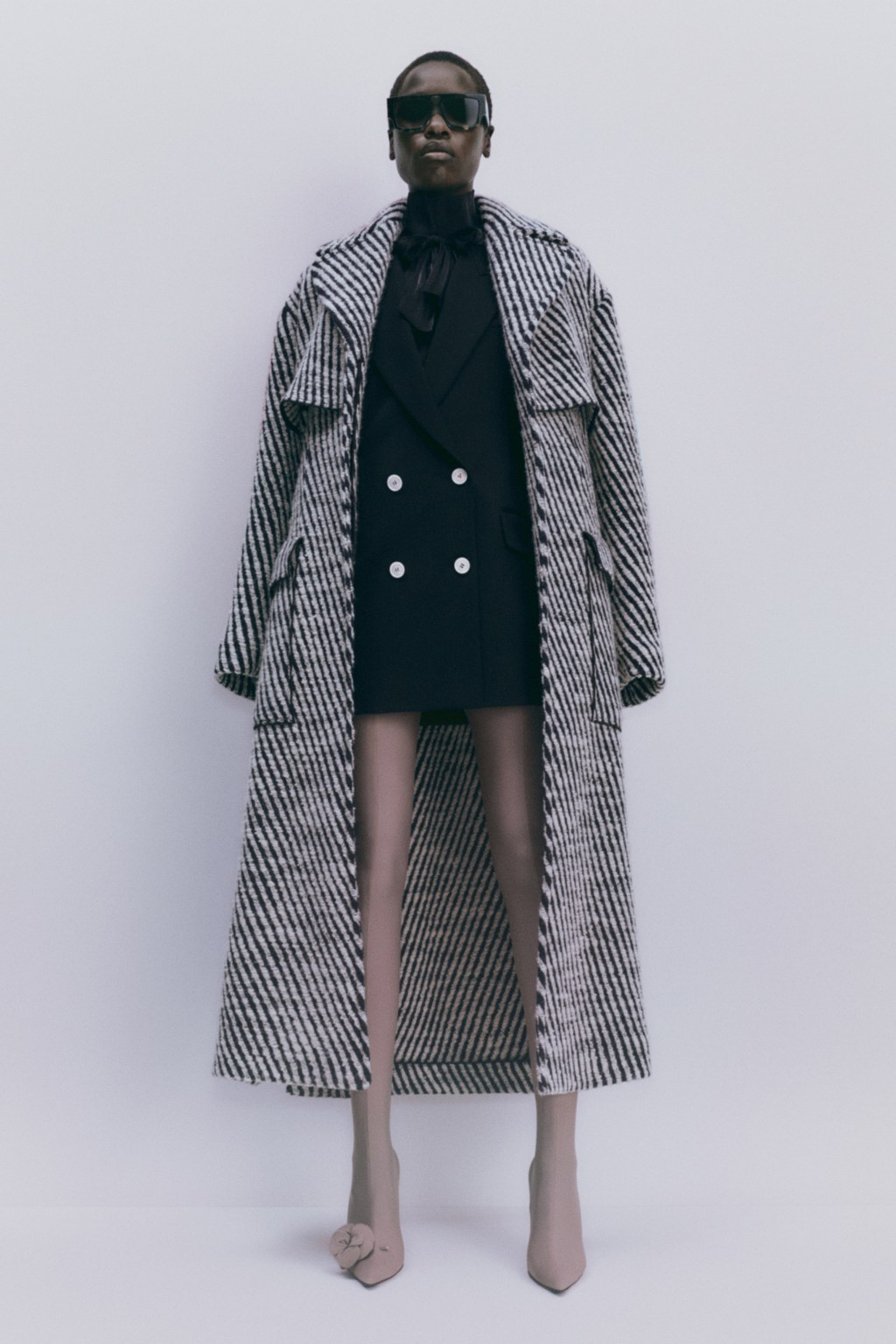 “American Gigolo,” and Blondie’s unforgettable soundtrack proved fertile ground for Victoria Beckham, who this season was thinking about Lauren Hutton, the star of the film and “a woman who owns it.” But this wasn’t a trip down memory lane or a tribute to Giorgio Armani, who dressed Richard Gere for the film. “It’s more a vibe, an attitude,” Beckham said.

She worked closely with her new design team, and served as the fit model, trying on every single production sample — something that her growing fan base must love. They blended Hutton’s powerful character with Beckham’s own desire to wear shorter lengths once again, and take chances on brighter color, and unexpected textures.

“Six months ago, if anyone had told me that I’d be wearing shiny, ruched pink jersey I would have thought they were crazy,” Beckham said. What a difference six months can make: One of her best looks was a long and slinky pink dress with a slash at the collar and ruching around the bodice that enhanced the model’s curves.

There was a shiny green dress, too, although that was looser, knee-skimming and had fold details rather than ruching. “The neck can be done and undone, and the draping makes it look and feel so feminine,” Beckham said.

She also pondered how to “do short” once again — but in a post-pandemic sort of way. She and the team which, as reported, is now led by design director Lara Barrio, worked on proportion: short dresses skimmed the waist but didn’t hug too tightly, shoulders were wider and boots thigh-high.

“We were looking at balance, movement and texture. The new shapes aren’t too tight or too boxy,” Beckham said.

Beckham said that, with Barrio and the new team on board, she finally feels “settled” from a design perspective, and described the collection as “a flag in the sand.” She’s excited about the future, and most importantly, she’s owning it.