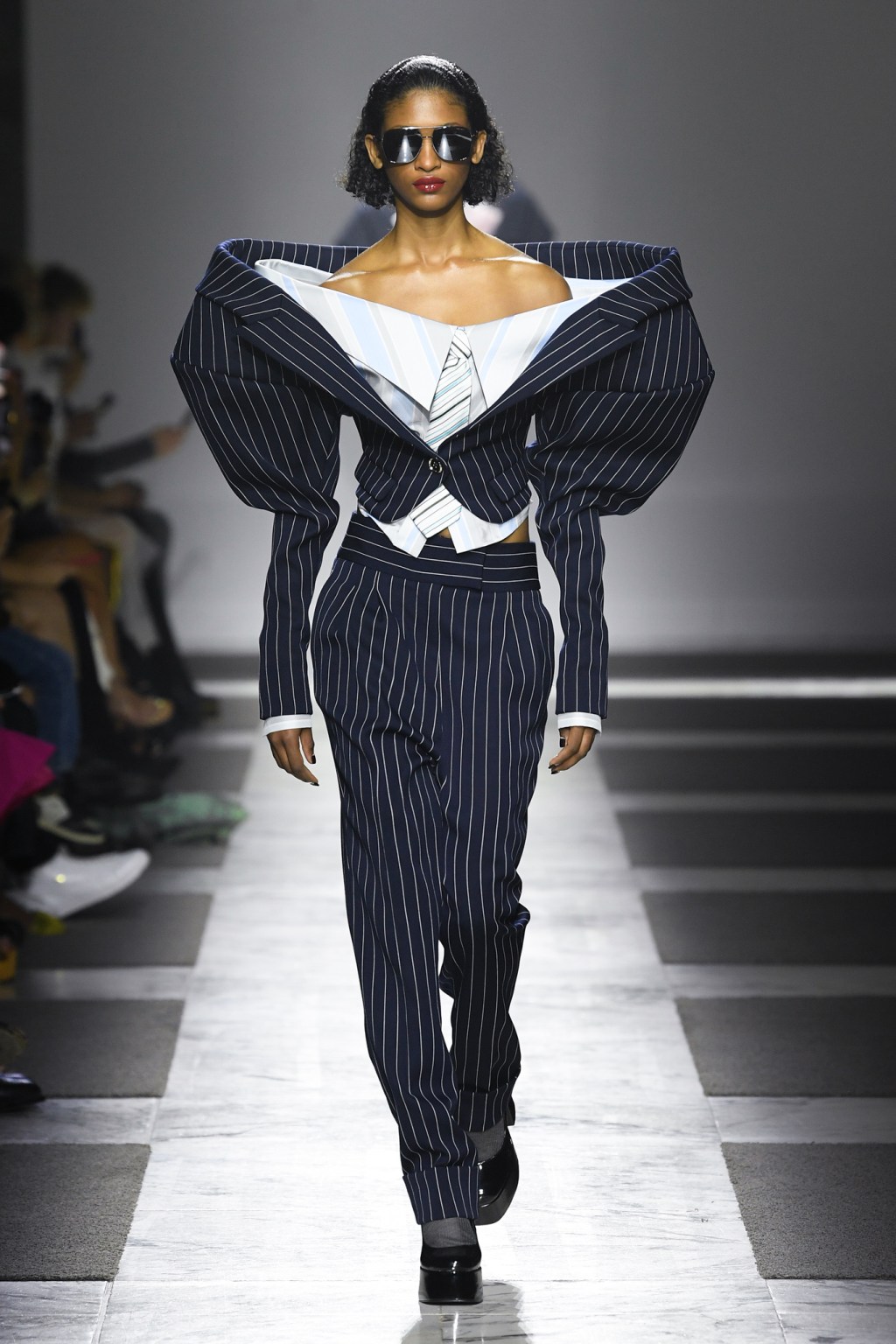 It’s almost a trope to say that Viktor & Rolf play with structure and volume. But this season they took it quite literally by undressing a model center stage and, with a few strategic twists, changing up the entire look.

What started as a typical Viktor & Rolf silhouette with wide, exaggerated lapels dramatically extending out far beyond the shoulders was turned into a tighter, but softer, ruffled look.

They rolled out a clothes rack, rolled up their sleeves and began to remove her clothes piece by piece. Stiff wires that were propping up the clothes were removed and they took off her perilously high platforms, pulled interior ropes and the hard edges melted away.

The same changes were going on backstage and the looks that had already been run through were re-run with the new relaxed fit. Collars were cocooning, and the jackets had long flowing tails. The theme was transformation, and the duo declared the new look softer and a bit more romantic. Models crisscrossed each other on the runway, usually a show no-no but the chaos was controlled and gave the show a carefree vibe.

Models strolled the last looks in ballet flats. Fitting then that the designers themselves were wearing Vejas and Doc Marten sandals. Finally, the women were on equal footing.

The show took place just ahead of their new “Good Fortune” fragrance launch.