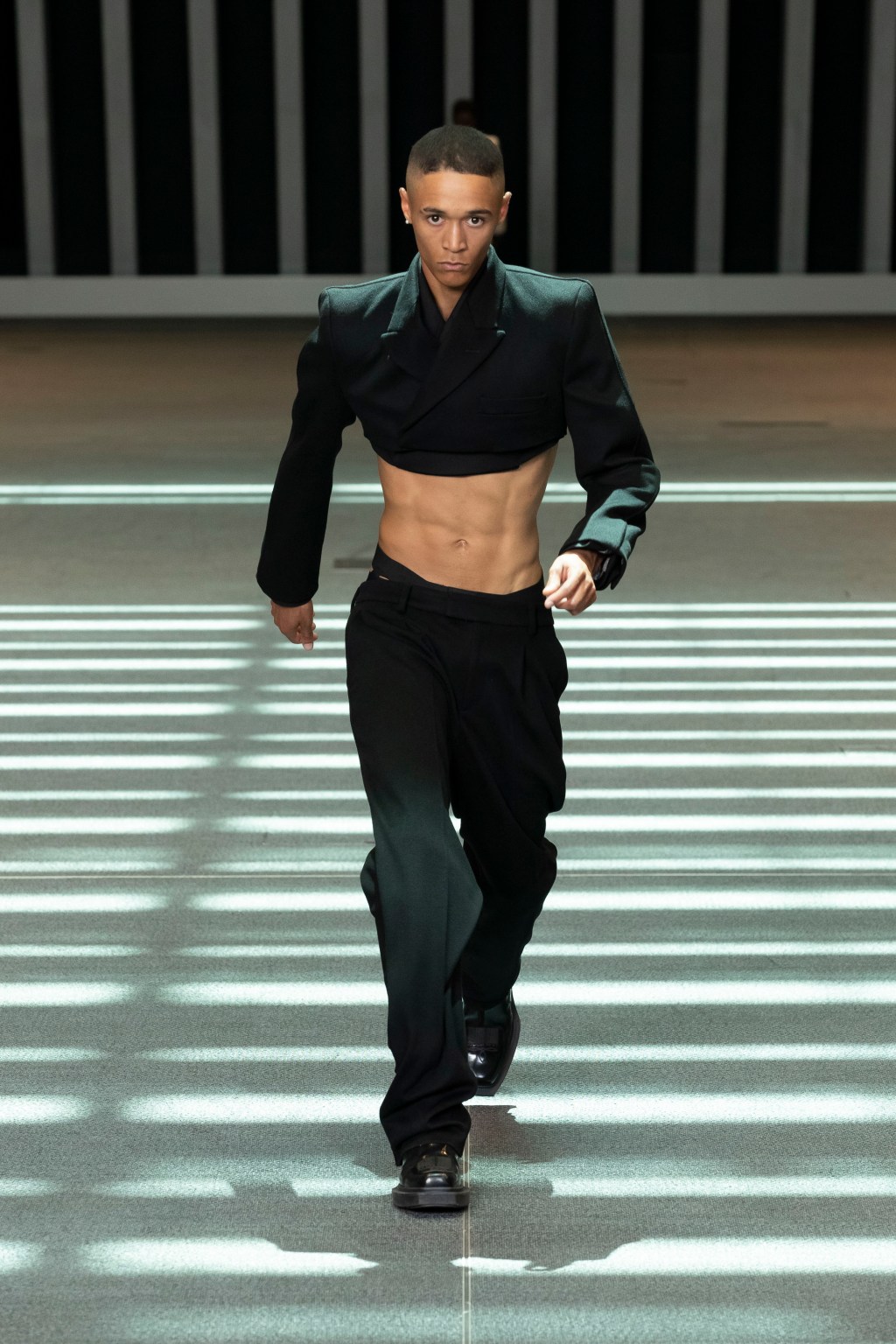 When Guram Gvasalia was scouting locations for a Vetements photo shoot a while back, he visited a striking new building under construction at the expanding Zurich airport with rows of white, industrial beams slanting over a soaring triangular void.

Suddenly, he noticed that the sunlight spilling onto the concrete floor resembled a bar code, the signifier of his new brand Vtmnts. Behold the venue for the spring 2023 fashion film, released strategically ahead of Pitti Uomo and Milan and Paris fashion weeks.

“We wanted to be the first,” Gvasalia shrugged during a phone interview, likening the show space to a “church of the future” — or a “modern temple of consumerism.”

The futuristic venue, straight out of some “Star Wars” prequel, accentuated the architectural nature of the masculine tailoring, coats and jackets stacked with up to three layers of shoulder pads, depending on how imposing you wish to appear.

The collection, heavy on shearling and puffer jackets, might be mistaken for a winter offering if it weren’t for all the HotPants, and rampant cropping that left taut tummies bare under shirts, hoodies, bombers and blazers.

“New minimalism,” Gvasalia declared, while noting that non-cropped versions would be available for purchase in the showroom. “It’s important to take these classic wardrobe items and fit the attitude of a new generation.”

Fair enough, but it’s hard not to imagine Gvasalia, who recently assumed the creative director mantle, not thinking of himself a little when he designed the layered black leather shirt jackets that resembled crocodile skin but were stamped with a puzzle pattern. They looked chic even without pants, and only thigh boots — a wink to our WFH lives in the rearview mirror.