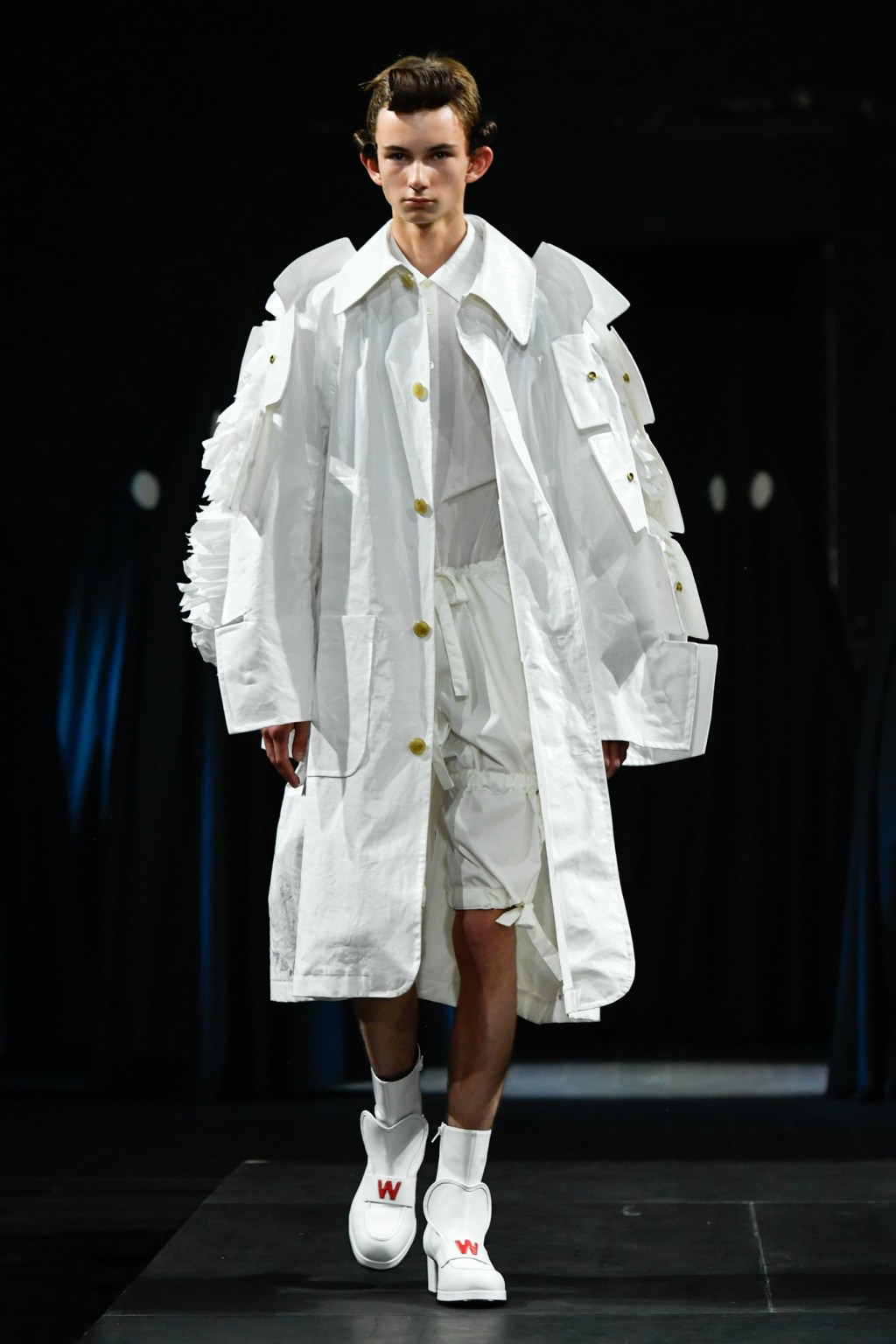 It was a showcase of his greatest hits. For spring 2023, Walter Van Beirendonck displayed the fine tailoring, madcap prints and sportswear elements he’s known for in the Théâtre de la Madeleine.

There were two acts. First, the dark stage opened with a host of black ghost-like forms. One by one, those guises were lifted off, revealing models in Van Beirendonck’s fashion.

A gold-colored trench, cinched at the waist, had wing-like sleeves. A black suit jacket was morphed into a vest and worn over a cotton shirt with ruffled sleeves and black suit pants. Chunky sun-shaped charms dangled from necks.

Part two, and color ran riot. This was the sportier section, but through Van Beirendonck’s lens. Take, for instance, the gold vest with rounded motifs atop a tracksuit decorated with hues of green, pink, green and red in swirling forms.

The designer had today’s chaotic world in mind.

“I wanted to tell a story, to make it rather theatrical,” he said. All his fears and hopes were poured in, along with a hefty quotient of beauty, fun and references to Icarus. (Think gold, sun and wings.)

“At the end, it’s [a myth] about darkness, but also about hope,” Van Beirendonck said.