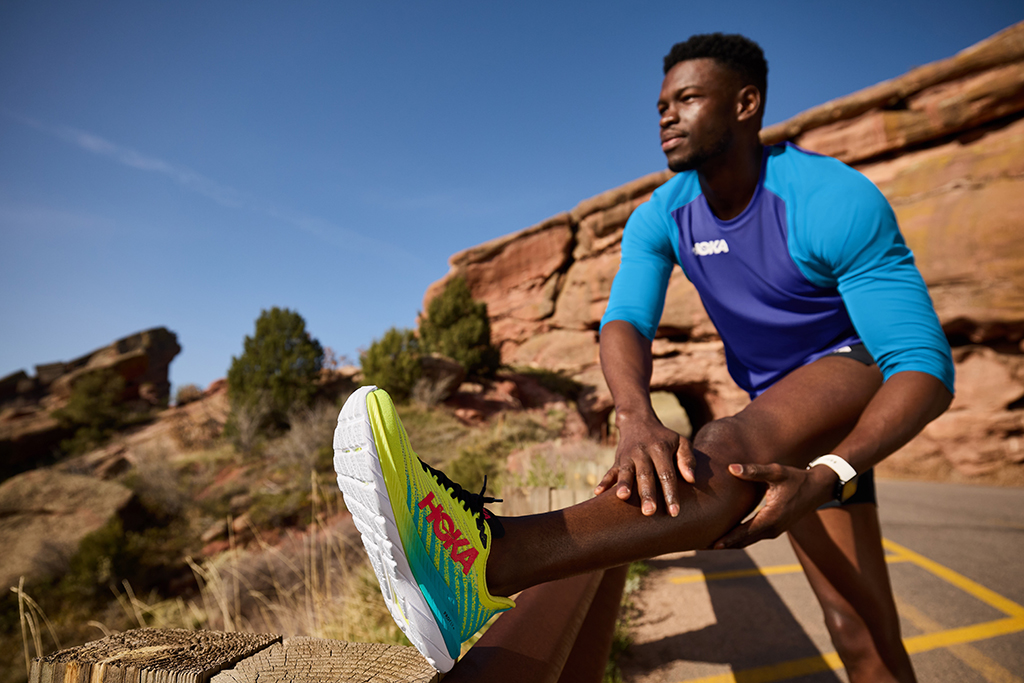 Hoka One One loyalists might have noticed a recent name shift that happened without an announcement.

Late last year, the Deckers Brands-owned running and outdoor company started to use the abbreviated Hoka moniker in several ways, deviating from the One One. For instance, @hoka replaced the longer @hokaoneone as its social media handles, and a visit to Hokaoneone.com will now redirect you to Hoka.com.

“Hoka is not just a clean and simple name, but it’s a strong name. And just like these brands, our founders chose a name in Hoka One One that was distinctive. While Hoka One One will continue to be a valued part of our heritage, Hoka has become one of the fastest-growing performance footwear and apparel brands in history. This change speaks to our evolution and the future of the business,” Norma Delaney, VP of global brand marketing at Hoka, told FN.

Although consumers are seeing simply Hoka everywhere nowadays, the brand isn’t retiring the One One.

“Our brand name is still Hoka One One. You’ll continue to see it on shoe boxes, hangtags and on our website and at other many access points in the marketplace,” Delaney said. “Hoka is our familiar name, it’s short and memorable. We are using Hoka on more consumer touchpoints to more readily connect with how our consumers speak about the brand.”

Delaney also stated the move to Hoka has nothing to do with the common mispronunciation of One One, which is often pronounced like the number one incorrectly rather than the correct “o-nay o-nay” pronunciation. In fact, Delaney said the company has benefited from the mispronunciation.

“We have always embraced our brand heritage and name, and while it was never meant to be mysterious, there has always been a debate over how to pronounce ‘One One.’ This of course drove some mystique and brand buzz, particularly in our early years,” Delaney said.