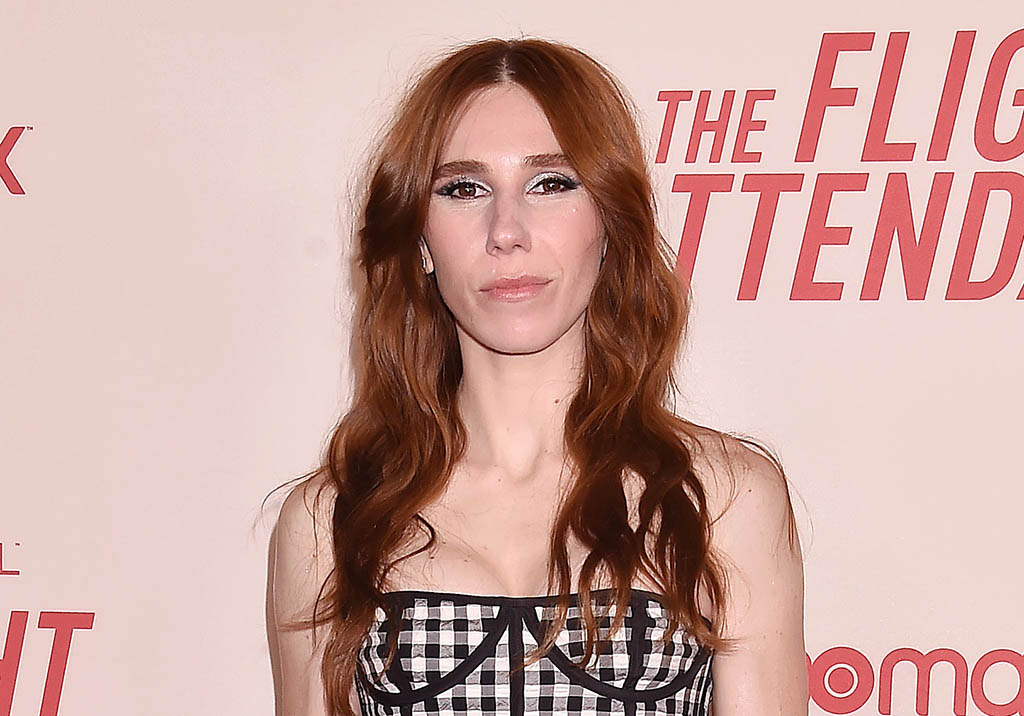 Zosia Mamet wore the most adorable outfit today for her appearance on “The Kelly Clarkson Show.”

The actress appeared on the program alongside Kaley Cuoco to promote season two of their HBO Max series “The Flight Attendant.” While the duo laughed and drank rose, Mamet sat pretty in an outfit by Thom Browne.

The actress shared a photo of the dress on Instagram and captioned it, “Also living my clueless dreams in this outfit…. ‘as if,’” referencing the classic ’90s flick “Clueless.”

The outfit included a red, white and blue plaid corset-style top over a button-up of the same exact pattern. She wore the top buttoned all the way up to the neck, and showed off the Peter Pan-style collar with a soft up-do. The outfit also included a pleated mini skirt in the print.

Mamet tied the entire look together with heeled sandals that were the perfect match. The toe strap featured red, white and blue straps, while the ankle held the look of the shoe together with a white strap. Mamet even topped it all off by donning a pedicure that featured one foot with white toes, and one foot with the coordinating navy blue.

Mamet’s outfit was equal parts preppy as it was chic.

See how high heels have evolved through the years.